Once we got home at the end of July, I had intended to get our trip up to the Yukon done in several posts published very close together, but life tasks have kept me from that goal. Here we are at the end of August and the trip is no longer as fresh in my memory as I would like it to be, and so, I am sure I will be missing some of the smaller details. Warning: this is a photo heavy post. Of course, the photos do not do this wonderful place justice. If you are ever in northern Canada, do not skip driving the Dempster, and its extension, The Arctic Highway up to Tuktoyaktuk. The scenery simply amazes.

Tuktoyaktuk is a unique town, charming in its practicality. I wouldn't call it pretty. There is nothing done to hide the fact that these people live a hard life, truly living off the land. As a matter of fact, a lot of the locals were out whaling. We tasted some Muktuk, and it was interesting, an acquired taste for sure - think slightly fishy, fatty, gelatin. We also had smoked whitefish that was being prepared in a little shack right on the beach.  We chatted with the men who sold us the fish, (which was delicious) and they told us that the whitefish is typically only enjoyed on Christmas Day and their staples are caribou and whale.

We only spent 3 or 4 hours in the town which has a population of 800 and a Kindergarten to Grade 12 school with and impressive 220 students. We visited the two giftshops and the grocery store, where we were shocked to see a 3lb bag of oranges was $20. I picked up a hoodie that reads, "TUK" which is what the locals call their town. 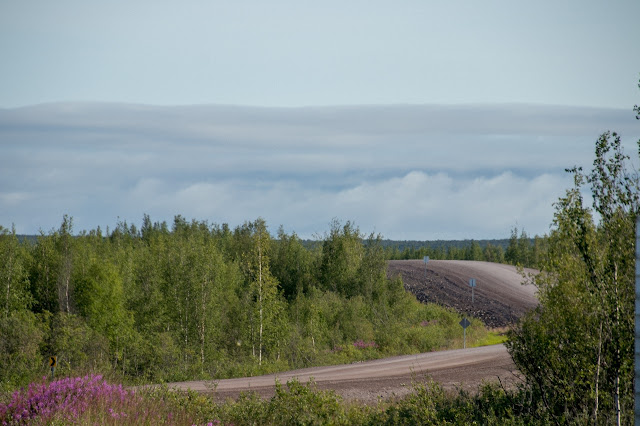 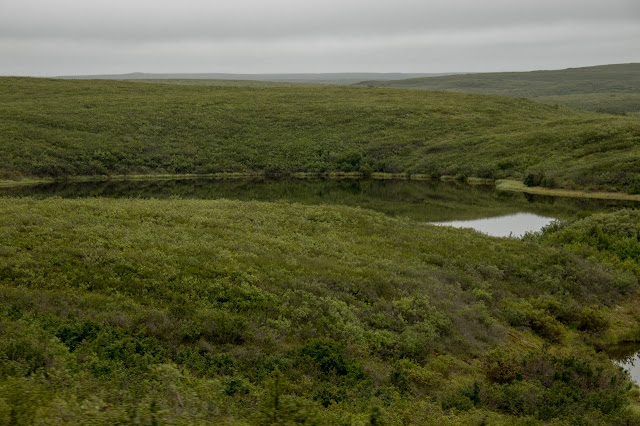 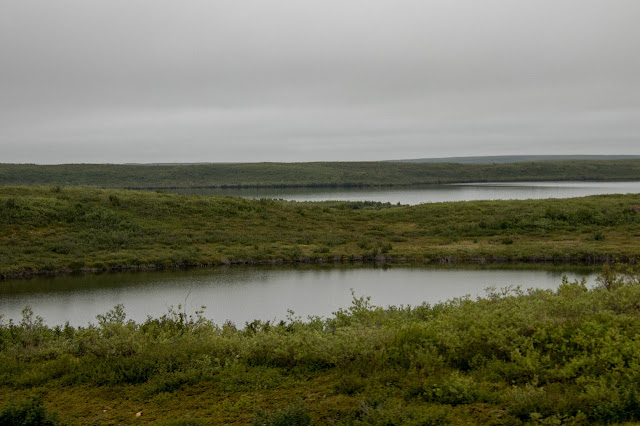 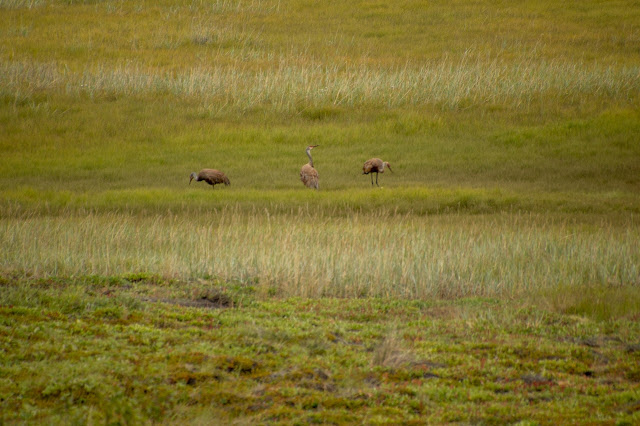 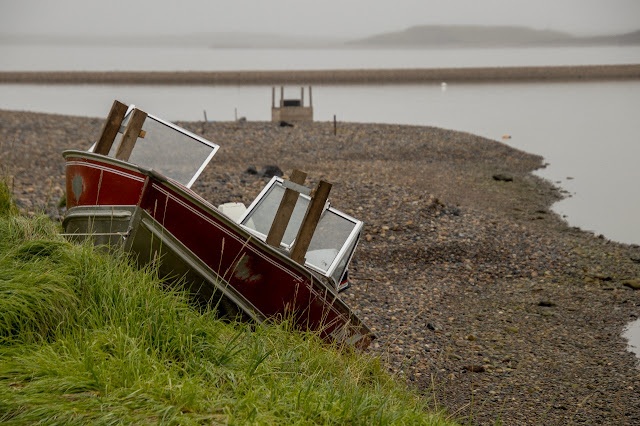 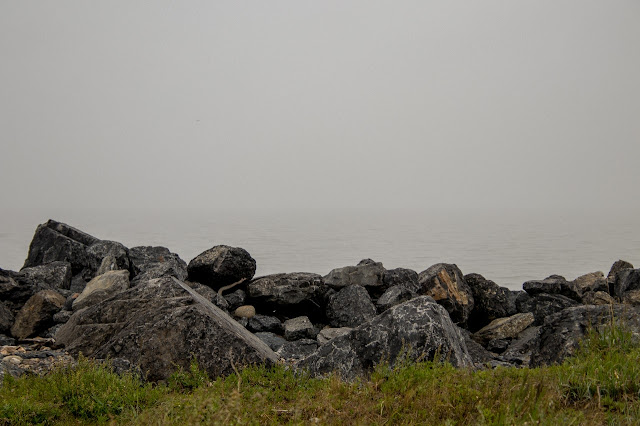 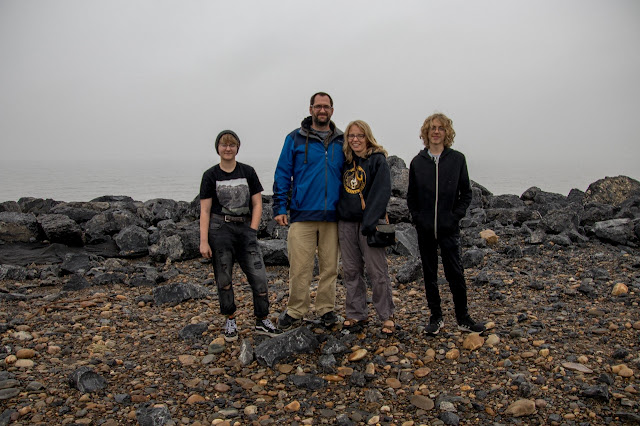 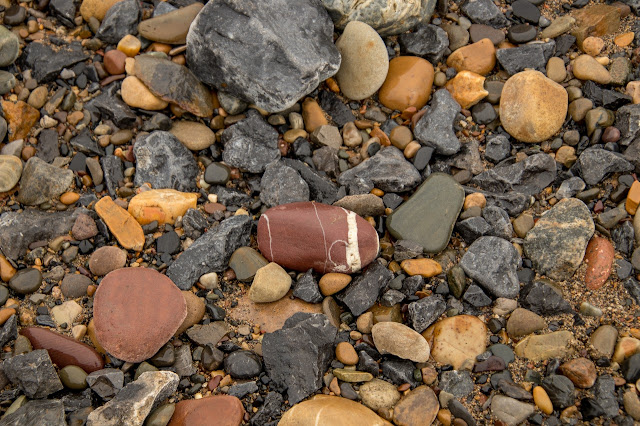 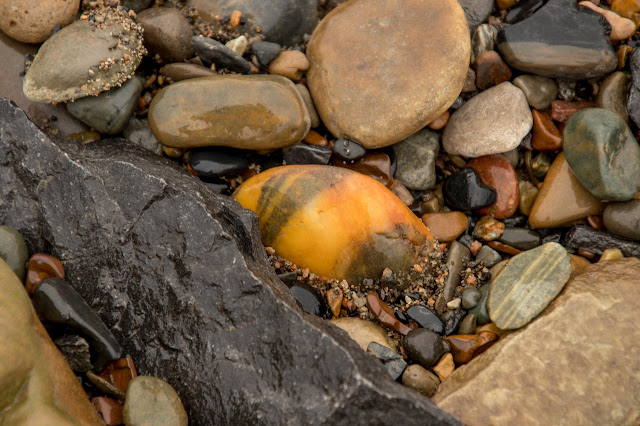 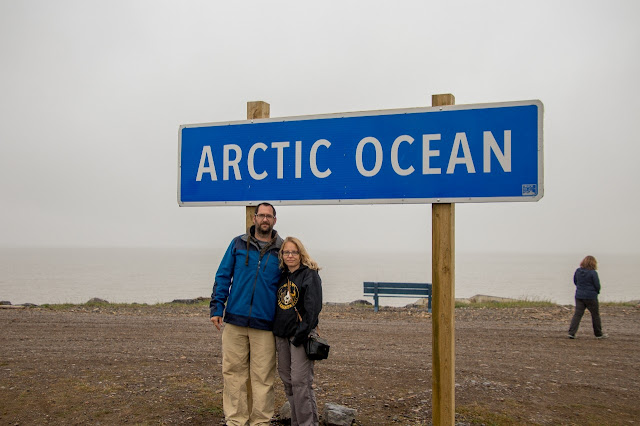 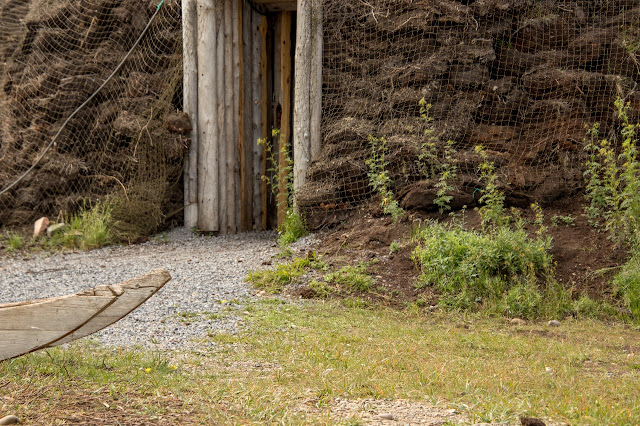 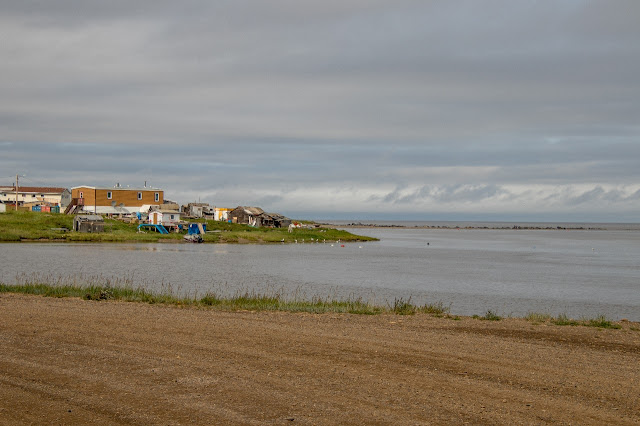 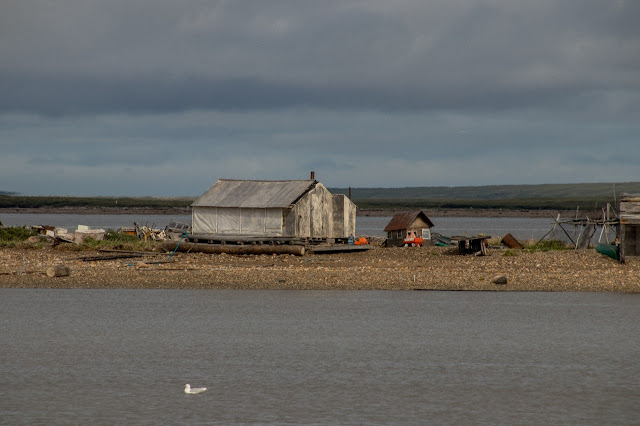 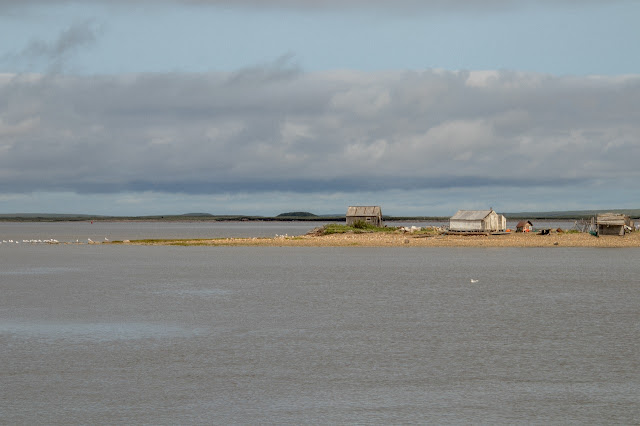 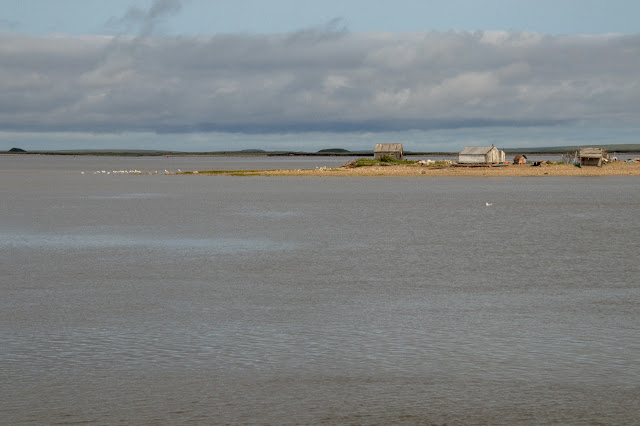 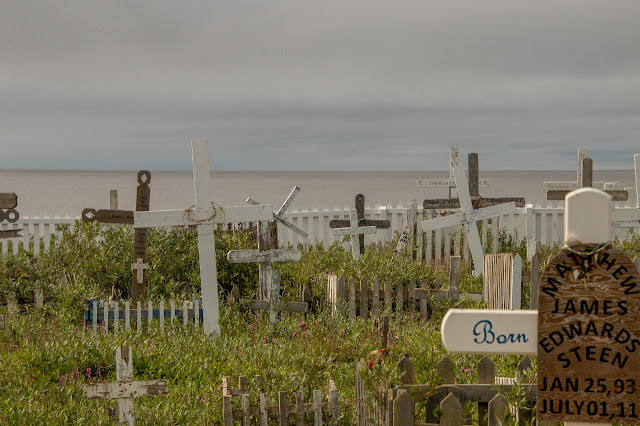 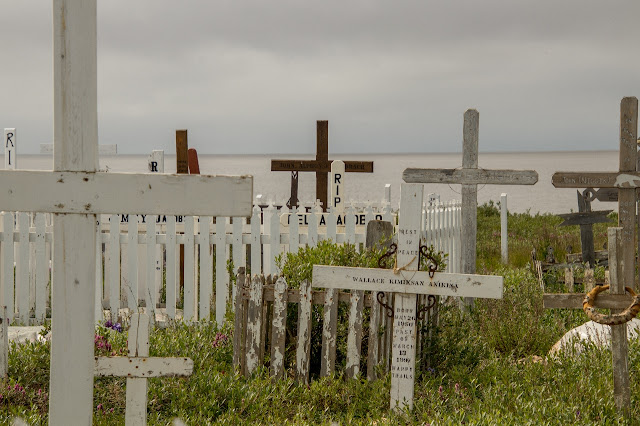 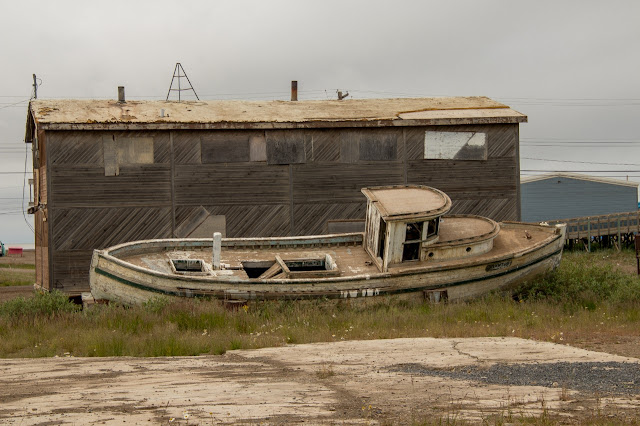 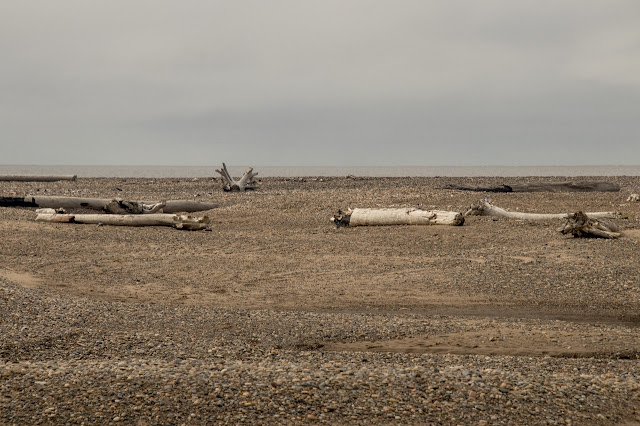 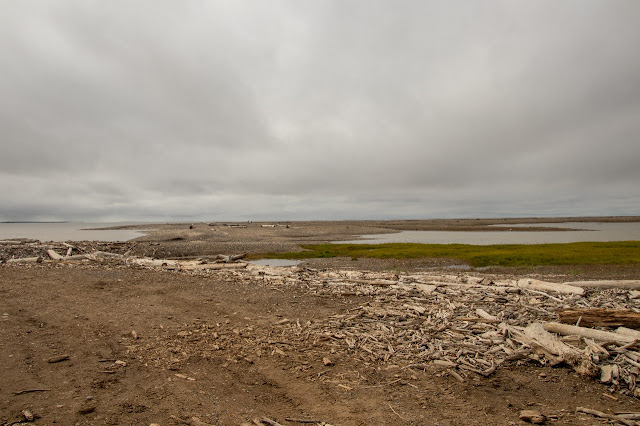 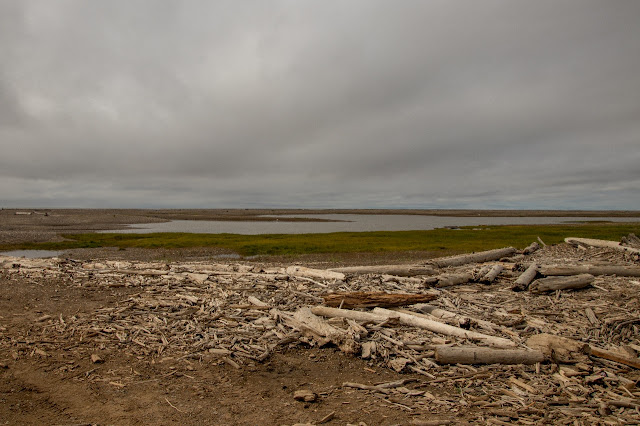 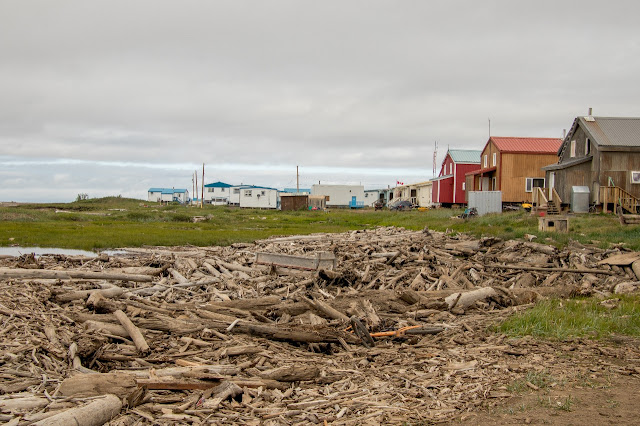 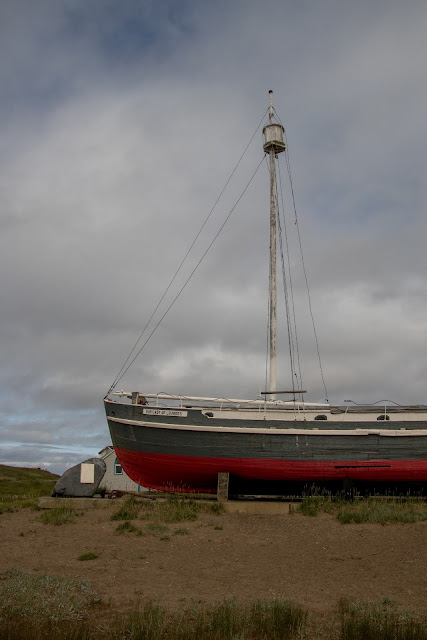 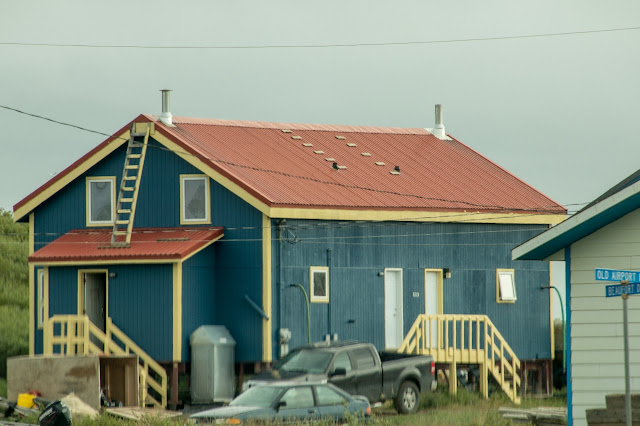 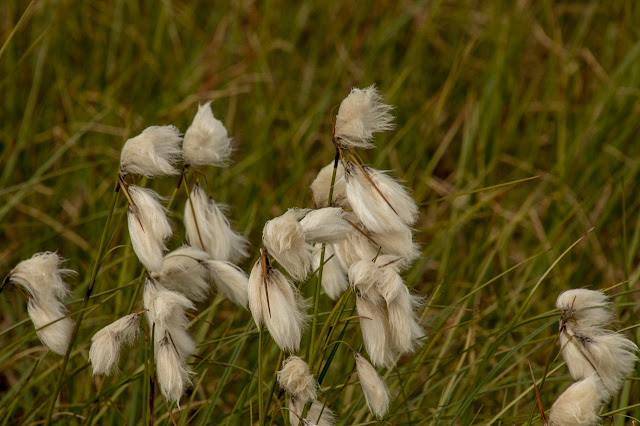 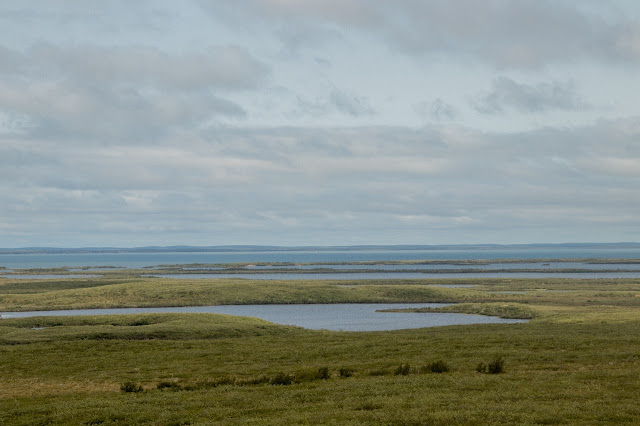 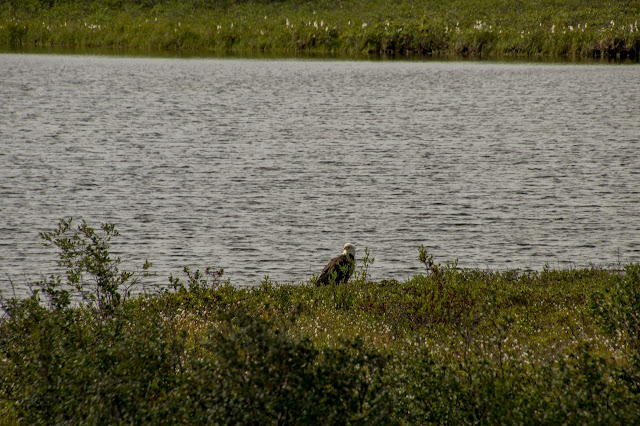 Posted by Andrea Ostapovitch at 10:26 AM 4 comments:

Day Seven - Up To Inuvik

Our first time on the Dempster, 17 years ago, resulted in four flat tires. But, we had fantastic weather, and therefore, the gravel highway was in fantastic condition. Having been raised in Saskatchewan, neither of us are strangers to gravel roads, and so we thought nothing of tackling this 750km stretch in Canada's north. We were a little unprepared back then. This time, we had two full spares, and Todd had packed a variety of tools. We made it to Inuvik without any trouble, except for some weather. Around the Arctic Circle crossing, it got a little rainy. The road was slick, and no matter how slow we went, the mud was so slippery in places, that the camper was sliding around uncontrollably behind us. That was a little scary. A lot scary, was when we drove up into some low lying clouds that had us driving nearly blind.  With steep drop offs on either side, and no guard rails, it was a very tense 3 or 4 kilometers.  It really was a short distance that we were in such dangerous conditions, thank goodness. My husband, who doesn't get nervous easily, was not happy at all through that.

Inuvik is a town of just over 3000 people, and it is home to the "Igloo Church" and North America's northernmost mosque. There are two schools with a total of just over 600 students. I'm not sure why, but I took almost no pictures in Inuvik. Maybe my clicker finger was tuckered out from the hundreds of photos I took while on the Dempster.  Or maybe, I was just getting plain tired. A week on the road is fun, but it's exhausting. 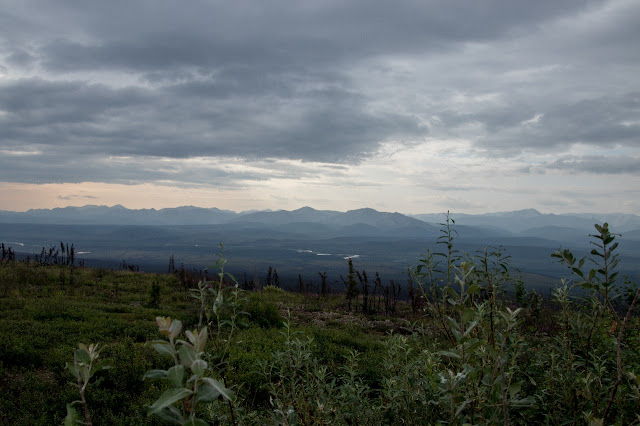 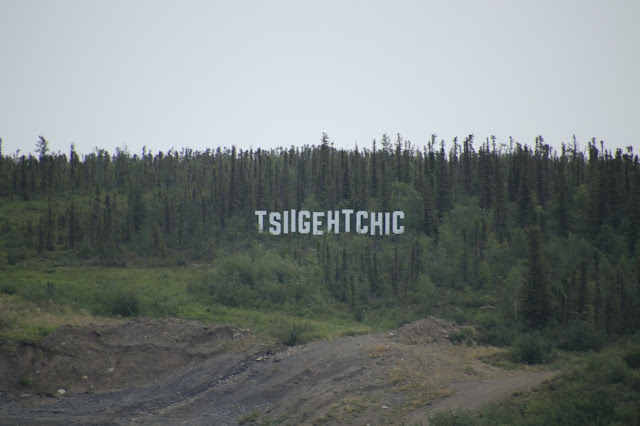 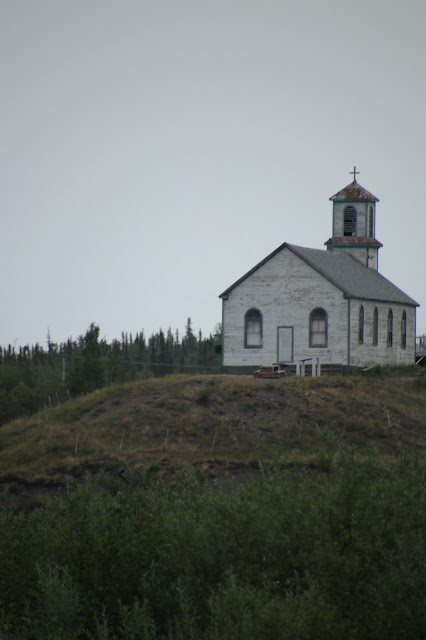 Posted by Andrea Ostapovitch at 11:56 AM 5 comments: